Magellan (formerly Grand Holiday) is a somewhat smaller, tastefully renovated (in 2015) ship with inside and outside cabins. There are 14 suites with balconies. The ship is arranged in a nice way; on the lower decks are all cabins (up to and including deck 7), above that there are five decks with all restaurants and facilities. The Magellan has two single-storey main restaurants. The ship has a large theater, many cozy bars, casino and a disco. There are shops, a library and an internet point. There is a spa and two swimming pools on the ship, one on the aft deck and the middle deck.

This cruise ship was in Amsterdam on Thursday 04 April 2019. 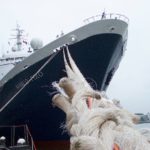 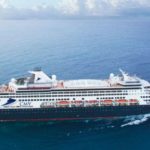 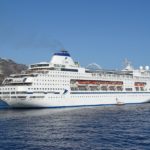