MS Ventura is a ‘Grand Class’ cruise ship from P&O Cruises. Upon its arrival in April 2008, this was the largest cruise ship built for the British market. The Ventura can accommodate 3100 passengers and has 1550 cabins, of which around 60% have their own balcony. The ship has fourteen public decks, eight restaurants, six boutiques, five swimming pools and three lounges, including the largest theater on a British cruise ship. Unique to the ship is that the passengers can also walk in front of the ship, which is not possible on other P&O ships. 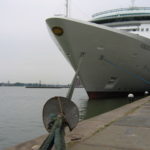 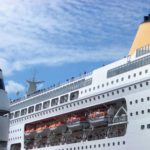